‘Cuffing season’ has arrived, which means singles are on the hunt for short-term relationships

From October until about Valentine’s Day, people seek to be tied down, data suggests

“Cuffing season” — a trend that’s emerged among singles to find a short-term partner to in essence hibernate with through the winter — may be even more intense this year due to the COVID-19 pandemic.

Cuffing season typically begins in October and lingers until mid-February, or when the weather begins to thaw — a stretch of time when people want to be tied down, or cuffed, to another person.

The short-term nature of the new romance might not become obvious to both parties until Valentine’s Day or shortly after, when Cupid suddenly unsticks his arrow, the spell is lifted, the songbirds abscond to go chirp at someone else.

The trend is discernible enough to be recognized by relationship therapists, dating app developers, Merriam-Webster, and even the restaurant chain Chipotle, which worked with dating app Hinge to develop a “cuffing menu.”

There is also a possibility that — now staring down the barrel of an especially lonely winter thanks to COVID-19 — singles are more eager to find someone to share the rest of their … well, next three months with.

According to data collected by several dating apps, cuffing has gone wild in 2020.

The vice-president of marketing strategy and operations at dating app Bumble, Priti Joshi, said that this year, more than 50 per cent of users are motivated to cuff and get cuffed.

“Since kind of the beginning of the dating app era, if you will, we’ve kind of seen this time period as a very major online dating season, or also known as what we call cuffing season,” Joshi said.

“Based off … Bumble’s internal research … we see that more than half of the singles on Bumble this year will prioritize finding a partner in time for the holidays.”

Representatives for the relationship app Hinge said in a statement to CBC News that they predict 2020 will be its best cuffing season yet.

“This is kind of the ebb and flow for people,” relationship therapist Nicole McCance explained on the Calgary Eyeopener on Wednesday.

“Whether they’re consciously aware of it or not, [people are] more open to a relationship and being with one person and staying inside. You know, cuddling, and it’s just having that companionship and that closeness.

“Then, naturally, they want to come out of it when the spring is happening … and [experience] new beginnings.”

She wouldn’t call herself someone who “cuffs” on purpose, but said that she has been cuffed herself.

The conclusion Torgerson came to is similar to McCance’s assertions — that people become cold, bored and lonely during the winter.

There are fewer activities to keep them occupied, and friends to visit with, which means that socially and emotionally, their needs aren’t met.

Thus, the search begins for a temporary fix: someone to fill those voids.

“And then spring will come, and they’ll be like … ‘So, this has been really fun, I know Valentine’s Day is next weekend, but I really feel like we should see other people.’ And you’re like, ‘this is great, fantastic. I’ll be single forever.'”

This style of seasonal dating is more common among younger people — and specifically millennials, who are born between 1981 and 1996.

Whether they are consciously planning on being with their partner for only a few months, or it just naturally unfolds that way, they are more inclined to date casually and find short-term relationships.

It is possible that, having read this far, the newly attached are now nervously doubting the sincerity of their partner (who is, rather suspiciously, a millennial they met on a dating app in October).

Or perhaps they are probing the sincerity of their own feelings, and with a glimmer of blossoming panic.

But they shouldn’t panic just yet.

At least 45 per cent of users on Hinge reported that they had developed healthier dating habits in 2020.

And during the pandemic, 27 per cent have noticed “ghosting” — the infamous act of one day simply never speaking to a date or romantic partner again — has dropped.

There is a chance that the pandemic has led to more intentional dating, better habits and stricter rules that could lead to more relationships — and if long-lasting monogamy is not the goal for everyone, McCance believes that cuffing season may simply help people endure an otherwise physically distanced winter. 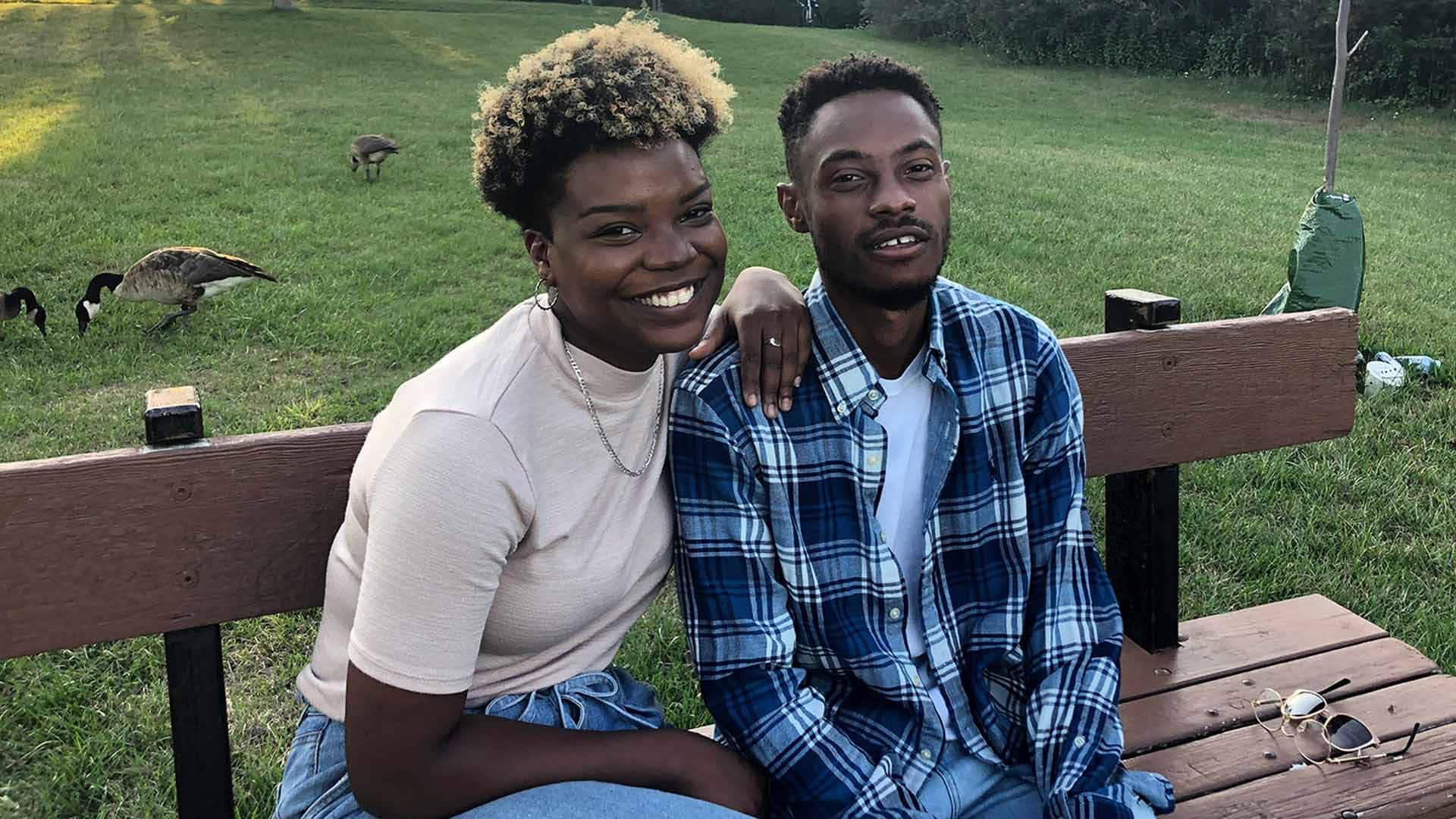 How COVID-19 is slowing down dating, building connections

Some people using online dating sites during the COVID-19 pandemic say it has forced them to connect at a slower pace and in a more meaningful way. 6:23

“I think that if they were to find someone, and maybe both quarantine for two weeks, and trust that person, I think that everyone would really benefit from a cuddle buddy,” McCance said.

“In a world where we can’t really touch each other and hug, you know, like we used to, I think that more than ever … cuffing season might be a need for people.”

How to avoid being heartbroken or a jerk

So how does one navigate the dynamics of cuffing season without being, frankly, a jerk? Or heartbroken?

And how can we be sure to leave each other better than we found each other, should it come to that?

Simply be honest — with your partner and yourself, McCance said.

“So I think, honesty, I think checking in with yourself throughout. Like, ‘Is this OK with me? Am I OK with this being so short term?’ And then, communicating that.”